You are here: Home / About the Artist

Leslie Clark, designer of NomadGal Jewelry and founder of the Nomad Foundation, is an artist whose career has always included travel. After obtaining her master of fine arts degree from George Washington University she traveled to France for her first exhibition. Since then she has traveled and painted searching for new perspective and old wisdom.

Her first trip to Niger in 1993, was to look for exotic subject matter. She found that and a lot more. A chance meeting with Wodaabe nomads took her on a path that changed her life. After visiting this nomadic family the second time a year later and seeing the poverty they lived in, she decided to give them a gift of $200. On her return the next year the family explained that with the gift they had purchased a cow and because of that they were able to remain nomadic. The realization that this relatively small sum could transform a family’s life made her realize that she could make a difference.

In 1996 she opened the Nomad Gallery in Ojai, California to show her paintings of Africa along with the work of African artisans. The goal of the gallery is to tell the story of the indigenous people she paints and to help them support themselves selling the things they produce. Her jewelry designs are a way to present the beautiful work of the Tuareg jewelers to a wider audience.

In 1997 she started the Nomad Foundation seeking to balance economic opportunity and cultural tradition. Helping people support themselves using and improving on skills they already possess, and bringing them new skills.  Cultural exchanges, bringing African musicians to the US to increase awareness of the beauty of the music and art forms have also raised funds for the projects. The foundation has always tried to work with the local populations to decide what it is they need and want to improve their lives. Today the projects include adult training as traditional birth attendants, motorcycle repair, nomadic schools, wells, women’s co-operatives, microcredit, cereal banks, health and nutritional support for people and animals. The experiences in all these areas have led her to their consolidation at the Tamesna Center for Nomadic Life. Here on the annual migration route, educational opportunities have included traditional birth attendant training, motorcycle repair training, solar panel fabrication, earth bag building, vegetable dehydration, and a boarding school for nomadic children.

As a result of her experience with the nomadic cultures and their terrain she has been sought as an advisor and guide on four National Geographic films in 1997 and 2005.

She made her home half time in Agadez, Niger since 2002, but the incursion of terrorism into Niger has made that dangerous and difficult.  Although her time each year has diminished, her determination to continue the foundation missions has not.   Now she is required by the government to travel in the company of twenty armed guards, but she and her intrepid volunteers continue.

“Africa and its people have so enriched my life that I owe it to them to repay this gift. Everyday I count the blessings of my privileged life. Please help me bring opportunities to people who have none.” 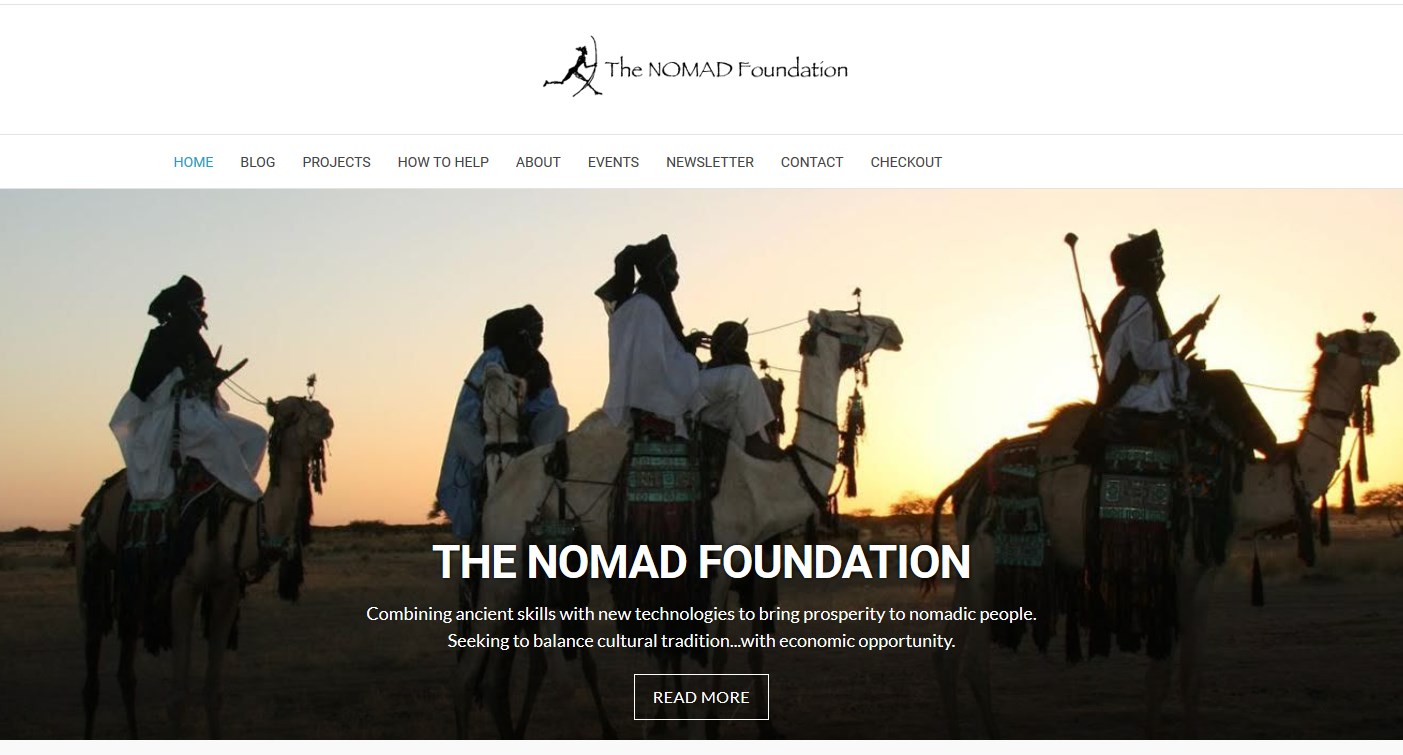